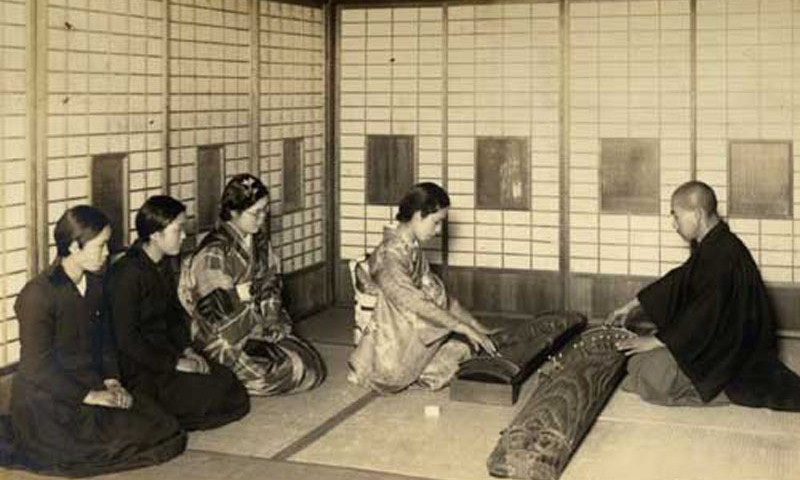 Does Japanese tea ceremony fascinate you? Everyone sit in a small tatami room and taste bitter matcha tea. Entire ceremony follows the very elegant ritual. Tea ceremony, as well as other Japanese traditional arts such as calligraphy, kado (flower arrangement) or Aikido, carries a zen philosophy. During the ceremony, people sit in seize (正座). You haven´t seen sieza? It looks like this, sitting on your heels. 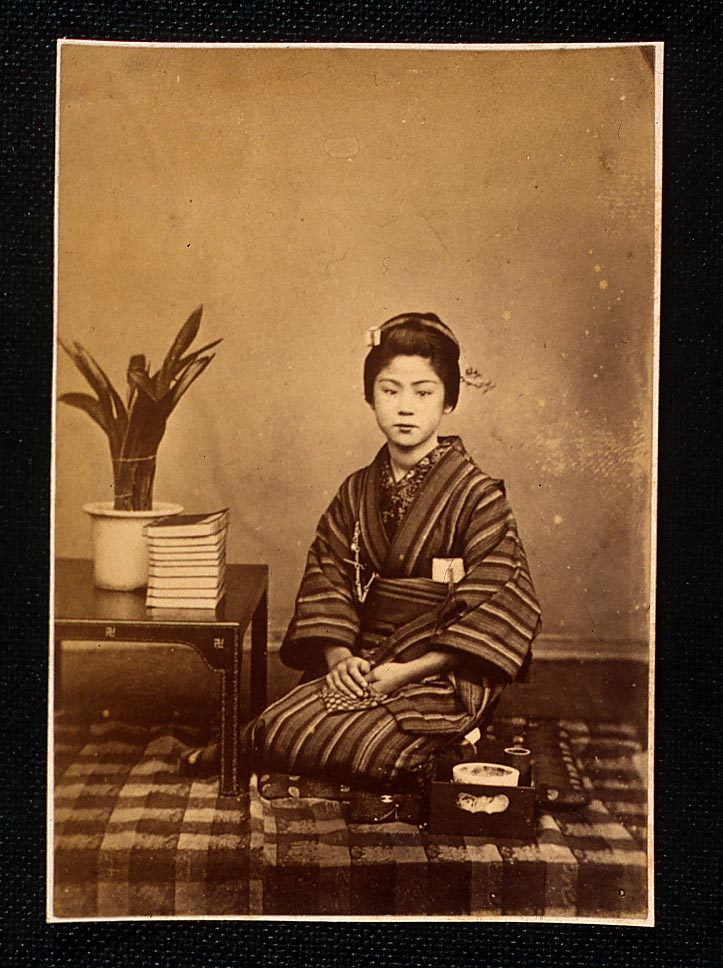 
The word seiza is written 正座 in Japanese. 正 (sei) means correct and 座 (za) means a seat. Actually the kanji for to sit is 坐 but because of the regulation of toyokanji (当用漢字/ list of kanji for daily use), it has been decided to use 座 instead of 坐. Anyway, seiza has a meaning of “sit correctly”.
This is why, everyone, including Japanese people, thinks this is the right way to sit in Japan.
Is seiza really the traditional way to sit for Japanese people?
Not really. I mean yes, it´s one of the traditional ways of sitting but not the only one, moreover this way of sitting is relatively new. It was introduced after the Meiji Restoration.

According to a specialist in mind-body interventions of ancient Japanese, Hidemasa Yatabe, the concept of seiza and even the name was created by the government structured in the Meiji period. In other word, seiza was formed in the late 19th century by learning at schools and became the formal way of sitting for Japanese people. Surprisingly, seiza is a quite new custom for Japanese people.

Then, what was the traditional way of sitting for Japanese people? Nothing fixed. If you look at the painting on fusuma doors, ukiyoe or statues of the shoguns and monks, they sit in variety of ways. You will find some in sieza but they are not the majority. 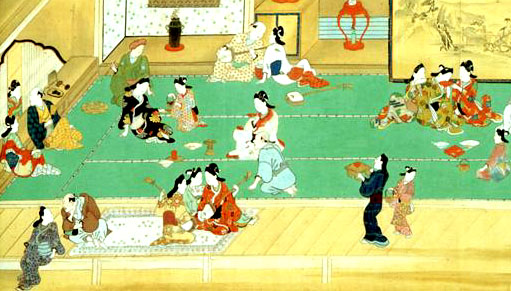 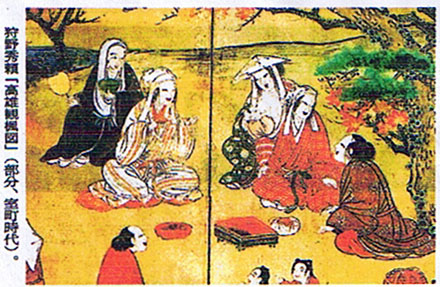 
You may be surprise but the master of the tea ceremony, Sen no Rikyu (千利休) made tea in Tatehiza (立て膝) way like the portrait of a noble woman below. Can you imagine, the grave tea master makes tea with one knee up in front of the important shoguns? 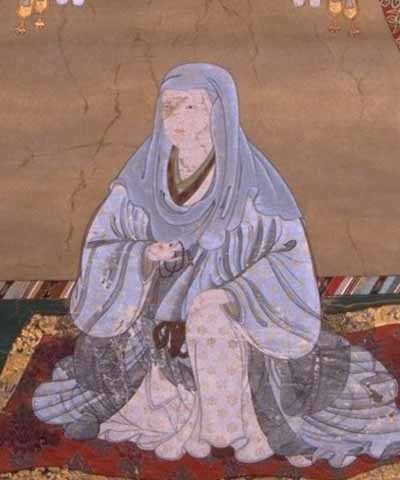 
Other ways of sitting are Anza (安座). You cross the toes in front of you. If you practice yoga, this may be familiar to you. 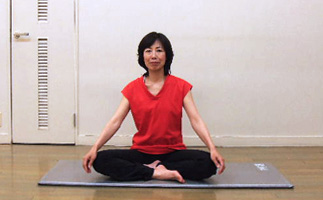 
Agura (あぐら). You cross your legs a little deeper than anza. This is a quite common way to sit on the floor for us now too. Some say Agura causes bowlegs that many Japanese girls suffer. 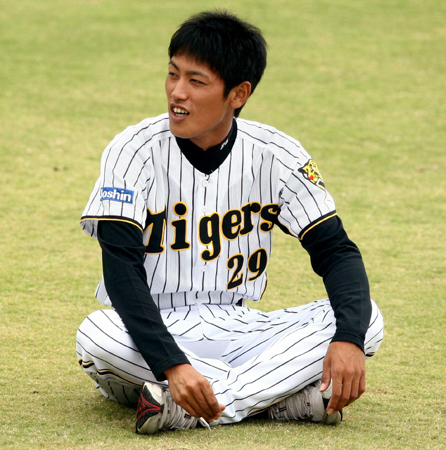 
Rakuza (楽座). You put the back of the feet together. I see many babies sit this way but for adults this may not be the most comfortable one. I´ve seen people having trouble with this in yoga classes. 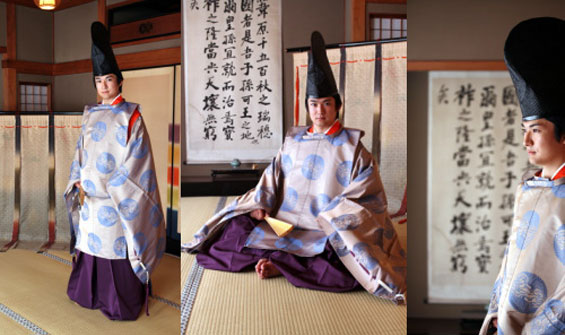 
Rakuza seems to be a common way of sitting for the ancient Shoguns or the Emperors. This statue shows how he would sit. 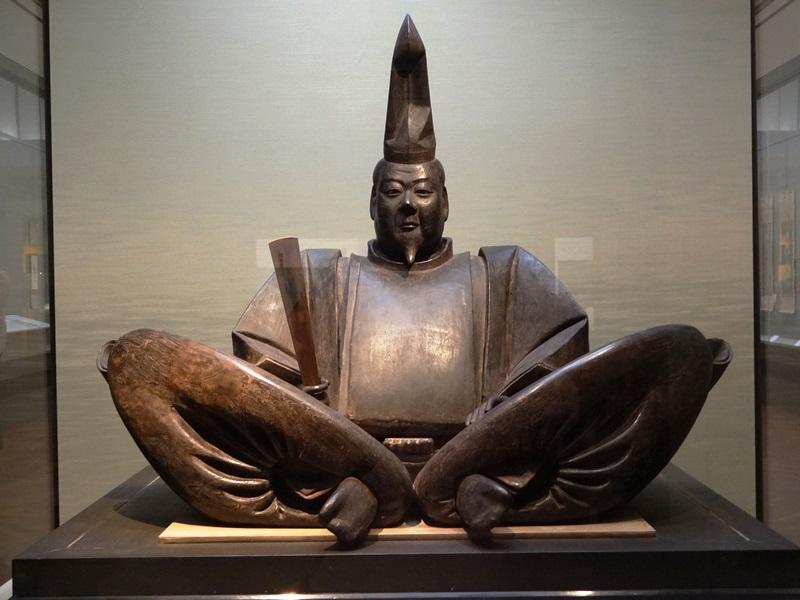 
Wariza (割座) also called onesan zuwari (お姉さん座り). First you sit seiza then slide the legs on one side. Your bottom is on the floor. This samurai is even leaning onto his sword. 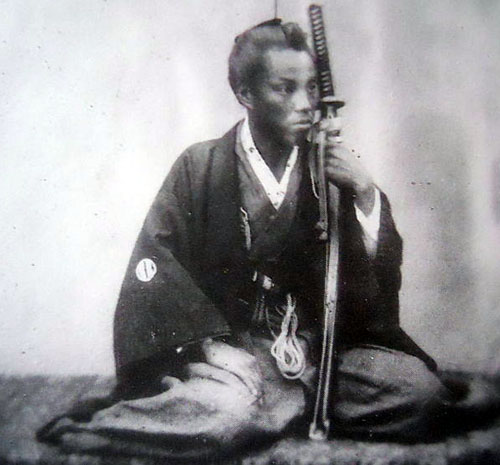 
Sonkyo (蹲踞) is what Japanese call, unching style (うんちんぐスタイル) because this is how people crouch in the toilet. Samurai were sitting this way even in the Edo period. In the samurai TV programs, all of them sit in seiza but in the reality, sonkyo seemed to be more common. 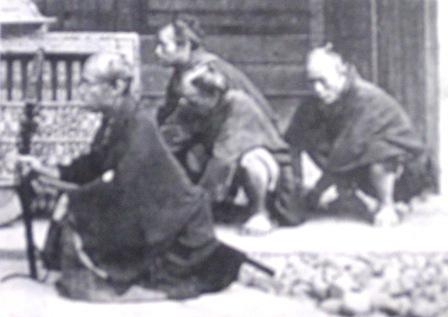 
Sonkyo is also called, “Yankii zuwari (ヤンキー座り)”. Bad youngsters in the 80s would sit like this and the name was established. 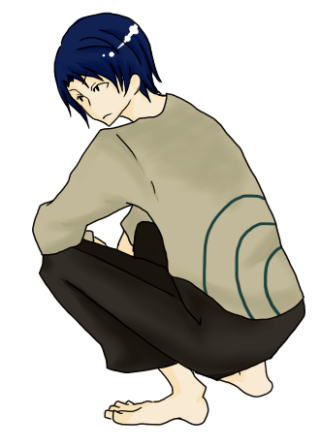 
Kikyo (跪居). It looks like sonkyo but you lift the heels and sit on the toes. If you have seen sumo, this is kikyo. 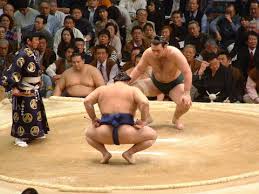 
The image of samurai sitting seiza style seems to be the influence of TV programs and films. Have you ever sit seiza? Maybe you are better than me but I can´t do it even for five minutes. After 10 minutes, my legs are already numb. Samurai were warriors and had to be always attentive to a sudden attack. It wouldn´t have much sense if they had numb feet and could´t fight. You could say that samurai must´ve been used to it. Perhaps, but it´s not practical. Sitting seiza could impede a quick reaction to the enemies. Until the mid Edo, the correct way of sitting (seiza) was agura (cross legs) or Tatehiza (one knee up). What we call now seiza was called Kiza (危坐/跪座).

Tatehiza is more appropriate for Samurai. This is from Iaido. 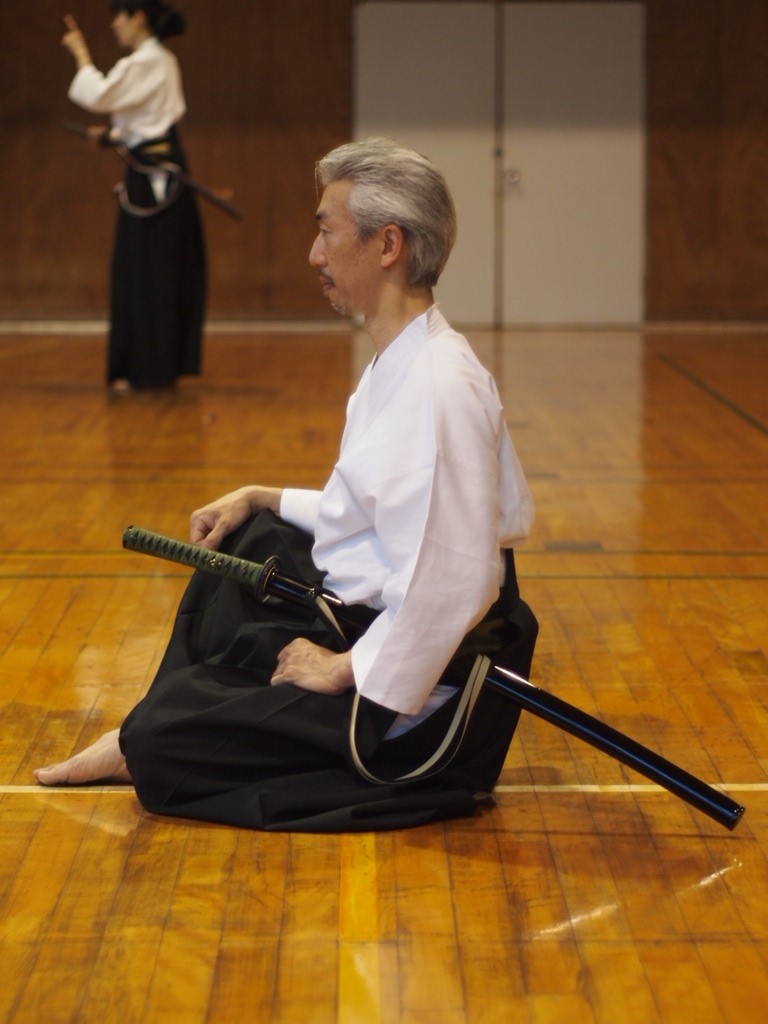 
So when people sit in seiza?
Samurai were obliged to sit seiza to see the shogun in Edo period. It was the way to sit to show the obedience and loyalty.

In the middle of Edo period, seiza was becoming more common. The book “正座と日本人 (Seiza to Nihonjin / Seiza and Japanese)” explains that seiza was a symbol of the control of Shogunate. Shogun and Daimyo (feudal lord) forced the lower class samurai to show the obedience. Or perhaps it was introduced as a courtesy in the hierarchy society. 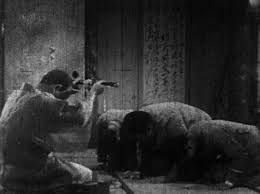 
When I was at school, seiza was used for a punishment. If we forgot homework, seiza. If we forgot any class material, seiza at the back of the room. If we don´t listen to the teacher, seiza. In the sense of obedience, it´s still functioning. But this could make more Japanese people dislike seiza.
There is Japan Seiza Association in Japan. Their aim is to give better image about seiza and talk about anything related to seiza; history, furniture or event. If you can read Japanese, maybe it´s interesting to have a look.

Since 2001 she´s been wondering around the world. She crossed the pond to London as a Japanese teacher at a local primary school then found an opportunity to follow her passion, photography. She worked as a freelance portrait studio photographer in London, Sydney and Florida. She had a solo photo exhibition in London. In 2007 moved to Madrid and was discovered her calligraphy talent, which she started learning when she was 13. She had opportunities to have three exhibitions in Madrid, an collaboration with a book "El Libro de Té" and many performances for the events in different cities in Spain. In 2011, started iromegane with the programmer, Jose Antonio Pio and has been working as the editor/writer.